There is nothing in the Scrum guide or framework that prevents a software developer from being a Scrum Master and a member of the development team, but it can be exceedingly difficult for them to perform effectively in both roles, especially if they are an experienced, senior developer.

Because a Scrum Master acts in service of a scrum team and their focus lies in creating an environment where others can excel. It is their job to help the team to evolve as an effective problem-solving, creative and collaborative unit whilst focusing on removing impediments to progress and continuous improvement.

Yet in their capacity as a software developer, they would be focused on solving specific problems and actively making decisions about which work should be done and how that work could best be done.

Being both Scrum Master and Lead Developer

Early in my Scrum career, I faced this very issue.

I was a lead developer within the company and had a great deal of experience in solving software-related problems within complex environments. When it came down to what needed doing and how best to do it, I often had the answer and the experience to contribute to the team.

I would know which approach would best solve the problem and a reasonable idea of what approach would be the most valuable. So, in my capacity as a leading member of the development team, I could speak with authority and effectively lead the team to the best-known solutions.

In my capacity as a Scrum Master, my role differed a great deal.

I wasn’t there to tell people what should be done and how best to do it, I was there in service of that team and to help create an environment where the team could evolve and grow. It was my job to foster critical thinking and enable leadership potential within the development team. 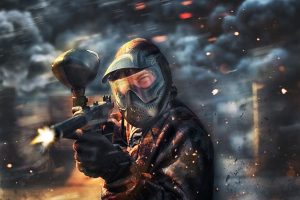 Trending
We didn’t have time for Governance!

Straddling both worlds created problems for my team and made it difficult for me to be effective in either role.

The conflict arose when people weren’t sure whether they were speaking to John the Scrum Master or John the lead developer. It was equally difficult for me to compartmentalize my thoughts and actions into two separate roles when I was particularly strong in both areas.

At times I wasn’t sure which approach best served the team.

I wasn’t sure whether I should be playing John the Scrum Master in this circumstance or leading the team as a senior member of the software development team.

I often had to step back and find my bearings before engaging with the team to ensure I was leading with the most effective role and in the most valuable way.

So, in summary, I would say that there is nothing to stop you from being both a Scrum Master and a member of the development team but I wouldn’t recommend it.

I think teams would be best served by clear roles and responsibilities within the environment and enable a Scrum Master to grow in their role in service of helping the development team grow within their roles.